Finding Shangri-La in Your Small Business

Written By: Rich Gallagher | Comments Off on Finding Shangri-La in Your Small Business 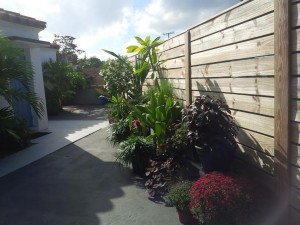 Shangri-La. It is a name that evokes images of Utopia, a paradise on earth. But in reality, it has a more specific historical meaning that I feel is an important metaphor for you and your small business.

You see, in the actual 1933 novel Lost Horizon, where this term was coined, it was a remote Tibetan monastery where several Westerners ended up after surviving a plane crash.

And not all of them wanted to stay there – in fact, two of the main characters eventually risked their lives to try and return home. But it was a place where they were warm, safe, dry, and could stay for as long as they wished.

I was in Shangri-La when I started my own small business – working as a temp technical writer, and living in a tiny inexpensive vacation home, while I undertook the long process of building a writing and speaking platform. It honestly didn’t matter how long this process took. I was still happy, comfortable, and waking up with a beautiful woman every morning while I was gainfully underemployed. And frankly my reputation didn’t matter either. I was a consultant back then, and by golly, I am a consultant now.

Of course, I eventually built my platform, became successful, and moved to a nice house. But at least in my case, I would have never gotten there if it wasn’t for spending time in Shangri-La. It gave me the confidence to stay out on my own, the time and space to get my business off the ground, and the security I needed to not sell myself short. It would have probably been a very different outcome if I had to succeed in a year, or two, or three – or else.

So my advice to other startup entrepreneurs is to create your own Shangri-La before you take the leap. A place where you may not want to stay forever, but keeps you safe and solvent for as long as you need. Here are some creative ideas for furnishing your own Shangri-La:

Ditch the labels. Let’s say you are a music teacher, and you want to leave the 9-to-5 to start your own music studio. You don’t have to just do music in between these two points. You can mow lawns or edit reports if you wish. Whatever you do, you are now an entrepreneur – a zone where no one cares what you do. Which means you can follow as crazy a path between these two endpoints as you wish.

Think people first, then money. Knowing that my spouse, my family, my colleagues and my friends were part of my support system meant more than all the startup financing in the world. Cherish your networks. Connections were and still are my most important reason for success.

Follow the market. Your dream may be to create the greatest new product in the world. But Shangri-La isn’t a place for fulfilling your dreams – it is a place to keep dry for as long as you need to. So furnish it with work that has a reliable market, that fits your talents.

Many great careers were hatched in Shangri-La. Multiple Grammy-winning jazz singer Al Jarreau was a rehabilitation counselor before he became, well, Al Jarreau.

The late Tom Clancy worked until midlife as an insurance agent, telling anyone who would listen that he would become a great novelist someday.

And Richard Branson’s corporate empire began life as a single record store, named Virgin because he was completely new at business.

So if you dream of striking out on your own, find Shangri-La first – a place where life is good before, during and after your business gets off the ground.

Then make yourself at home, as you follow the road to success.