Written By: Margie Clayman | Comments Off on Leadership Lessons from Lincoln (Part 2) 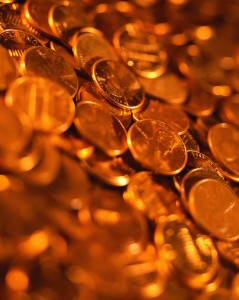 From Catherine: This week we continue with Margie Clayman’s epic collection of leadership lessons from one of the most revered presidents in U.S. history – Abraham Lincoln. If you missed last week’s post, you can read it here. We hope these lessons will inspire you to think about your legacy, and give you some ideas that you can implement in your business. Below we present lessons 21 to 40:

Early in the war, the Union captured a British ship on which were Confederate delegates. Britain was not pleased and demanded that their people and the Confederates be released. Lincoln was pressed not to give in but he said that one war at a time was enough. He did not let himself get distracted from his ultimate goal, which was to bring the Union back together.

22. Do not let emotion cloud your judgment

Few generals in history have lost more men than Ulysses S. Grant. After the battle of Shiloh, Grant was called “butcher” by many on both sides. Lincoln, though horrified at the loss, kept Grant in control. He knew what Grant’s methodology was, and he trusted it would work.

23. Do not be afraid to show emotion

Many accounts of Lincoln describe him openly weeping. No one thought less of him for this. Rather, it made him seem more human.

Few men tested Lincoln’s patience more than George B. McClellan. Despite his bratty ways, Lincoln never lost his temper with McClellan. Even when McClellan ran on the Democratic ticket in 1864, there is no record of Lincoln bad-mouthing him.

Lincoln knew that the Mississippi was the key to the South, and he knew that capturing New Orleans would cut the Confederacy in half. Knowing your competitor’s vulnerabilities is a must.

26. Be willing to take unpopular actions

No matter what he did, there was some group that would voice disappointment with his actions. Lincoln proceeded anyway after measuring all possible options.

Even as the war was still raging Lincoln began to plan for how Reconstruction would work.

28. Discern between necessary and optional

Lincoln had to decide when and where to send the army, who needed resources and who could get by, and more. While everything may seem like it’s necessary, priorities must be weighed carefully.

29. Always be ready to learn more

Although he had no desire to be a general, Lincoln studied military strategy as often as he could during the war. He did not rest on his laurels and referenced all he had learned already.

30. Your experience will always be better or worse than that of others

Lincoln may have felt that the press was particularly hard on him, but then he would have noticed that Jefferson Davis was not only dealing with bad press but also with starving people and sky-rocketing inflation. Place your own experience in perspective.

Although Lincoln, through the draft, was asking countless young men to fight, he would not allow his own son, Robert Todd Lincoln, to enlist as a regular volunteer. This is a not-often discussed part of Lincoln’s legacy. Robert did eventually join Grant’s staff.

32. Do not get embroiled in others’ issues

Many of the men in Lincoln’s cabinet hated each other as much as they hated Lincoln at first. Lincoln did not get involved in these disputes but rather listened to everyone  in equal parts.

33. Use differing opinions to your advantage

Do not despair if trusted advisors offer you different suggestions. Cherish the opportunity to weigh different perspectives.

34. Take care of yourself

Lincoln failed at this. He worked 20 hours a day, often did not eat, did not do things that gave him much enjoyment, and in fact he was known to simply pass out at times.

35. Remain cognizant of the big picture

Lincoln understood from the beginning that the Civil War was not just a war – it was the American people deciding what kind of country they would continue to live in. He referenced the broader implications of what the country was going through quite often.

36. Focus your legacy on helping others

When Lincoln signed the Emancipation Proclamation, he said it would be that for which he would be remembered. Freeing the slaves, not aggrandizing himself, was his ultimate priority.

37. Do not bend on what is most important

To Lincoln, the single most important thing was to preserve/recreate the Union. He said that if he could do that by not freeing any slaves, he would. While this does not seem admirable, one can see that Lincoln clearly had decided what his ultimate objective was, and he was focused on that at the expense of anything else.

38. Learn to walk in another’s shoes

Lincoln imagined how he would feel if he had to work as hard as a slave worked without any pay or reward. This helped him begin to grasp the horror that slavery was.

39. Do not boast about your abilities

Lincoln could have bragged at various times. “What a great speech I made.” “How awesome I am for working such long days.” He never did though. In fact, Lincoln remained humble throughout his Presidency and life.

40. Do not take to heart what others say about you

Had Lincoln listened to his critics, he would have believed that he was a humiliation to the people he served. Thank goodness he didn’t take that to heart!